Many EU27 Space Representatives, members of the European Institutions and European Space Agencies, representatives of national and regional governments, NEREUS regions and associate members, responded to the invitation of Alain Bénéteau, NEREUS President, to participate in an evening presentation of the network on 28 January 2010 at the Permanent Representation of Belgium to the EU.

Benoît Cerexhe, Brussels Minister for Research,stressed the growing role of regions in the implementation of European research programmes, and the importance of research in the renewal of the Lisbon Strategy.

Mr Cerexhe will chair the Competitiveness Council for Research during the upcoming Belgian Presidency.

He gave concrete examples of the topics which will need to be addressed by the Council: joint programming of research, role of universities and research centres, simplification of 7FP regulations (especially for SME’s), and mid term evaluation of 7FP.

Alain Bénéteau explained that, thanks to its specificity as a regions’ network, NEREUS offers a positive synthesis of a thematic policy approach and a cohesion policy approach, which should be particularly useful when dealing with space policies and the “EU2020 Strategy”. He emphasized the need to secure durable funding for the GMES and Galileo programmes for the period 2014-2020 and to include the regional dimension in the European research space. Europe, the States and the Regions have numerous occasions to join efforts for their mutual benefit. (continue to Mr Bénéteau’s address – FR / EN).

The presentation was followed by an informal networking reception. 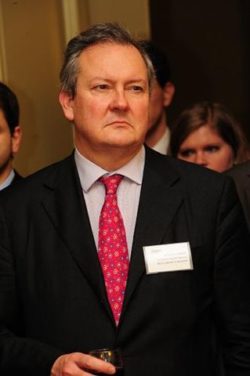 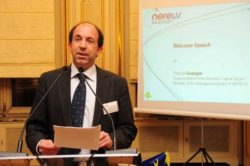 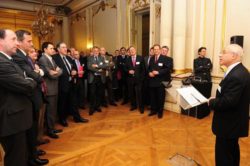 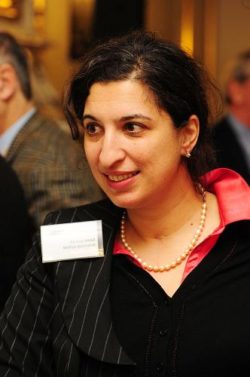 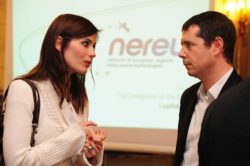 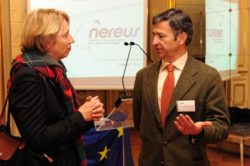