The joint NEREUS-ESA initiative on “Improving Copernicus among Local and Regional Authorities” held its final festive event at the European Parliament, under the auspices of Patrizia Toia, Member of European Parliament and Vice-Chair of the ITRE Committee.

Real Copernicus public user experiences were brought to the European Parliament during the first panel, showcasing how Sentinel data can empower smart local government in the Azores, Bavaria, Lombardy, Mazovia and Wallonia. While highlighting a better understanding of user needs, the political representatives speaking on the second panel stressed that the main challenge for bringing Copernicus to regions remains the encouragement of innovation via the demand-side. The importance of interregional collaboration and information sharing, as well as the cross-sectorial dimension of space were the leitmotifs of the event. 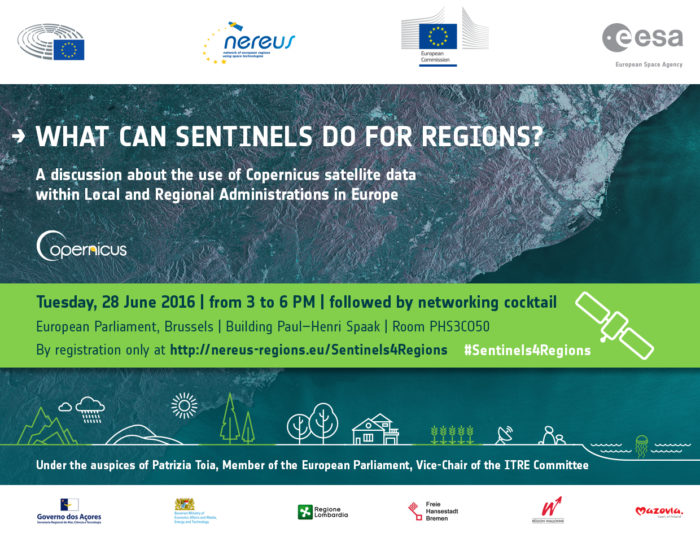