Marshal Władysław Ortyl, NEREUS Vice-President, presented NEREUS and the significance of space-based data for the green and climate transition to the members of the  Committee of Regions (CoR) Green Deal Going Local working group during their in the 6th meeting on 21 June 2021 (link). More specifically, he highlighted the added value of local & regional authorities in the coordination of space policies and he underlined the significance of the Copernicus4Regions flagship project.

The ‘Green Deal Going Local’ working group is a new initiative of the European Committee of the Regions (link) to complement the policy agenda of the European Commission. Politicians from NEREUS-regions Lombardy (Arianna Maria Censi, Deputy-Mayor of Metropolitan City of Milan) and Nouvelle Aquitaine (Isabelle Boudineau, Vice-President of the Nouvelle-Aquitaine Region in charge of European and International A­ffairs) are part of the group.

His intervention formed part of a series of activities to enhance relations with the political level of the CoR and sensitize them for the dimension of space for regional policy challenges. 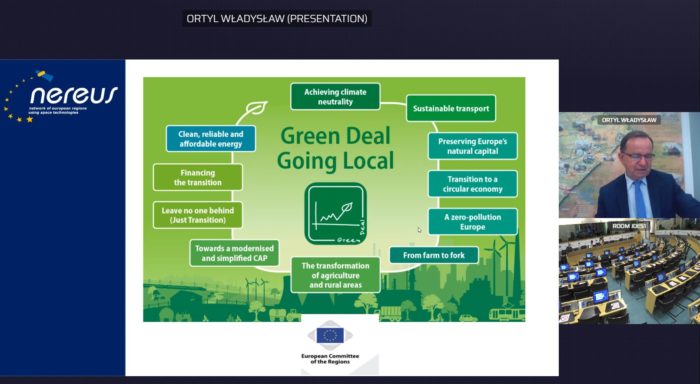 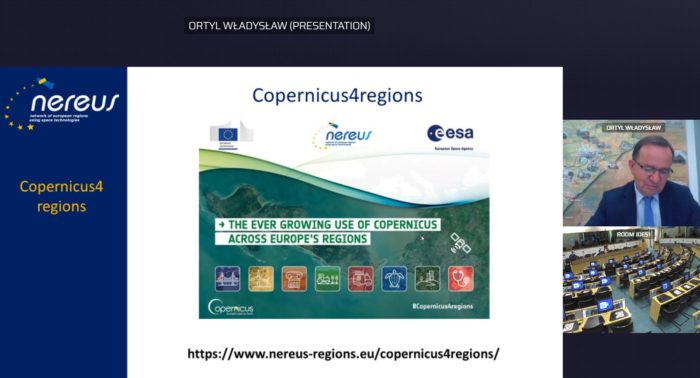