Follow-up: “Hessen in Space” – Opportunities for EU Regions from the European Space on 7th September 2022

The event “Hessen in Space” – Opportunities for EU Regions from the European Space Policy with Hessen” was organised jointly by Hesse and NEREUS taking place in the Representation of the State of Hessen to the EU in Brussels on the 7th of September 2022. The press release is available here (link in German). Presenting the newly adopted Hesse’s space strategy, the event focused on reflecting on the role of European Regions in view of a new European space policy setting and the paradigm shift of the European and global trends, including the increasing commercialisation often as an outcome of the disruptive innovation, Green Deal, the war in Ukraine, etc.

Uwe Becker, Hessen State Secretary for European Affairs, opened the discussion with a video message highlighting the plethora of space actors located in Hesse, in particular the increasing number of space start-ups and SMEs. In this vein, he emphasized the added value of NEREUS in promoting opportunities for the regional stakeholders and raising awareness of the benefits offered by the use of space to help regional growth and economy. In the debate following the presentation of the regional space strategy by Prof. Johann-Dietrich Wörner (Hesse space coordinator), NEREUS President Thierry Cotelle, explained that regional space strategies need to have a strong European orientation and features to be successful. He underlined that regions recognize increasingly the strategic value of space and mentioned that two other NEREUS regions adopted regional space strategies, namely the Azores and Catalunya. In this respect interregional co-operations and partnering at a European scale is vital. The role of the European Commission should focus on involving public authorities and their staff as active protagonists in their approach to enhancing user uptake.

As part of the debate, Ms Paraskevi Papantoniou (Acting Director DG DEFIS, European Commission) outlined that regions can play a key role in the transformation of the European space ecosystem. In particular, with the use of space data, they are able to tackle a wide range of challenges outside the space sector and contribute to regional growth. In this context, Prof. Wörner highlighted that Hesse aims at aligning its strategy with the principles of security, resilience and sustainability, and the complementary role of space economy and ecology. On this basis, the role of the networks, and in particular, NEREUS was highlighted. Mr. Michael Gahler (Member of the European Parliament) mentioned the crucial role of NEREUS in promoting the autonomous approach in space, and wide range of space applications given the European and global developments. 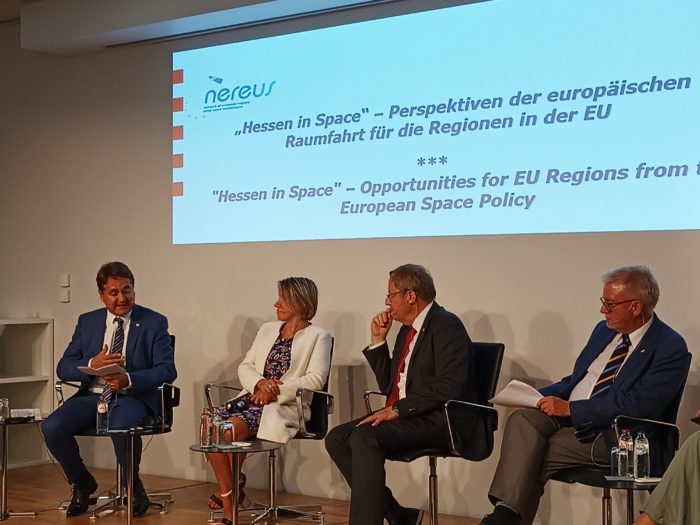 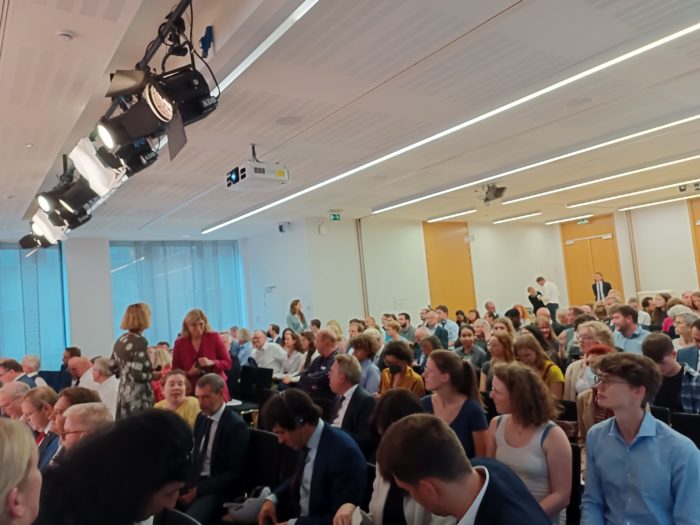