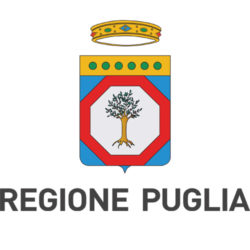 “Since 2014, my region, Puglia, holds the presidency of NEREUS.

Space is part of our daily life, and I strongly believe in the key role of the Network to develop the regional dimension of space for the benefits of regions, territories, companies, and citizens”,

Puglia is a region in the Southeast of Italy bordered by the sea. It occupies 6.4% of the national territory and is one of the most dynamic Italian regions for the development policies in the aerospace sector. The funds assigned to Puglia according to the EU cohesion and convergence policies have considerably contributed to the strengthening of the presence of the large enterprises, as well as the birth of new ones, the reinforcement of the productive, technical and scientific competences, to the achievement of the recognisability of the Puglia aerospace industry in the international contest.

Puglia and regional aerospace district, DTA s.c.a.r.l, cooperate very closely for the coordination and development of scientific-technological content . DTA is a non-profit making consortium society joined by the main enterprises in the aerospace sector, the universities, as well as the public and private research centres of Apulia. Puglia region and the DTA are strongly committed in consolidating strategic capabilities in order to enhance research, technology and industrial leadership of European space industry.