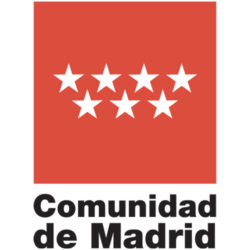 Madrid has been a Spanish autonomous community since 1978.

It is the leading centre for finance and services and the second largest industrial region in Spain. It has a high potential for scientific creation and research thanks to the concentration of public R&D resources on its territory: it counts 15 universities and over 50 academic research centres, 27.3% of all Spanish scientists and 44,480 employees in R&D activities. Furthermore Madrid has over 20 technology transfer centres concentrating on aerospace, biotechnology, security, logistics, health and financial services and ICT’s in a powerful network of parks and clusters.

Aerospace has a prominent role in Madrid. Madrid holds a 65% stake of the national aerospace turnover (83% in space alone). Many proposals associated with the ERA-STAR network, have been led from Madrid, especially within the Galileo and GMES programmes. Madrid has been selected to host the third Galileo ground centre to be implemented by 2013. Madrilenian companies actively participate in the annual European Satellite Navigation Competition (Galileo Masters).